Your loved one has become ill, and only the healing treasure from a desecrated meso-american temple can heal them! Venture down 13 levels of procedural generated challenges to find it. Skeletons, Axolotls, Spiders, and more await you. Be warned, your heart belongs to the gods if you lose!

This game is in ALPHA state and is not yet fully released!

If you're new to roguelikes, simply move into an enemies square to attack it!

In order to download this game you must purchase it at or above the minimum price of $1 USD. You will get access to the following files:

I recommend either capping the framerate or separating it from the game logic. Currently unplayable on high-framerate systems due to just running too fast.

this looks great but im having a hard time downloading it! i can see a few others with the same issue but no solution

Not downloadable from the itch client

Not downloadable from the itch client (Windows)?

Found a bug, I think:

Other woes that make me feel like this shouldn't be a paid game yet:

Which one? lol jk. Honestly the ranged-enemies disadvantage is the biggest issue because it completely and instantly shut down my motivation to try for a higher score, since that effectively makes any late-game progression random. Made it to like level 12 until they got me.

Really tight, 1-bit roguelike. I've avoided roguelikes for the past while due to overuse of the term and my aversion to RPGs. But this is a lovley little game. Managed level 4 on my frst go, will defiitely get further on my next game now I know how it works!

Getting crash a upon boot that says it could not change the resolution no matter which resolution I try. Happens in both full screen and windowed.

Its an incredibly odd error that pops up sometimes, but the next patch coming in a week or so should fix!

I love the art style, the animations and the overall atmosphere they evoke. Wish I could play it on my mac!

also if i pushed the arrow keys too fast or held them it would freeze the ability to make an input for a few seconds so i'd have to wait before i could move again.

I got down to around floor 8, and one of those circle chests is in the area, but it spawned right in front of the corridor i need to go through to get to the stairs to the next level so I can't complete the floor.

It's so cool how much personality you captured with 1-bit sprites, both in design and animation.  Also pattern based combat works really well, especially with many enemies having tells as to when they will attack.  After 1-2 floors I felt bad for the axolotls, spiders and snakes 'cause they were just dancing so I stopped attacking them... The entrance floor was a nice touch teaching you how to open the next level too.  Some of the later levels were abit large, they took awhile to travel around though.  Also 1 tiny bug, I jumped on a spike and got hurt, then passed turns by moving at a wall, but the spikes didn't deal damage when they popped up while I was standing in place. 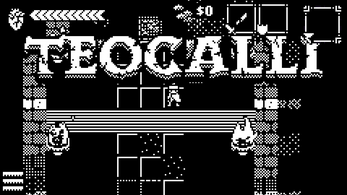 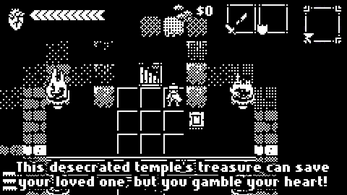 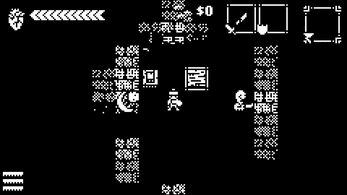 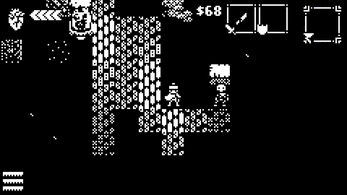 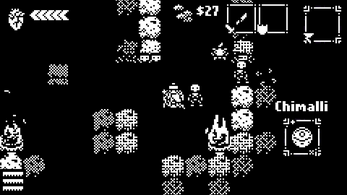 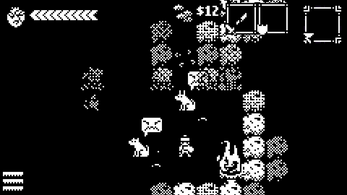 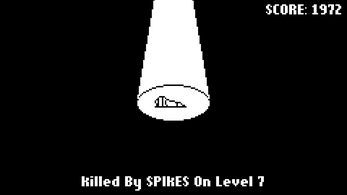